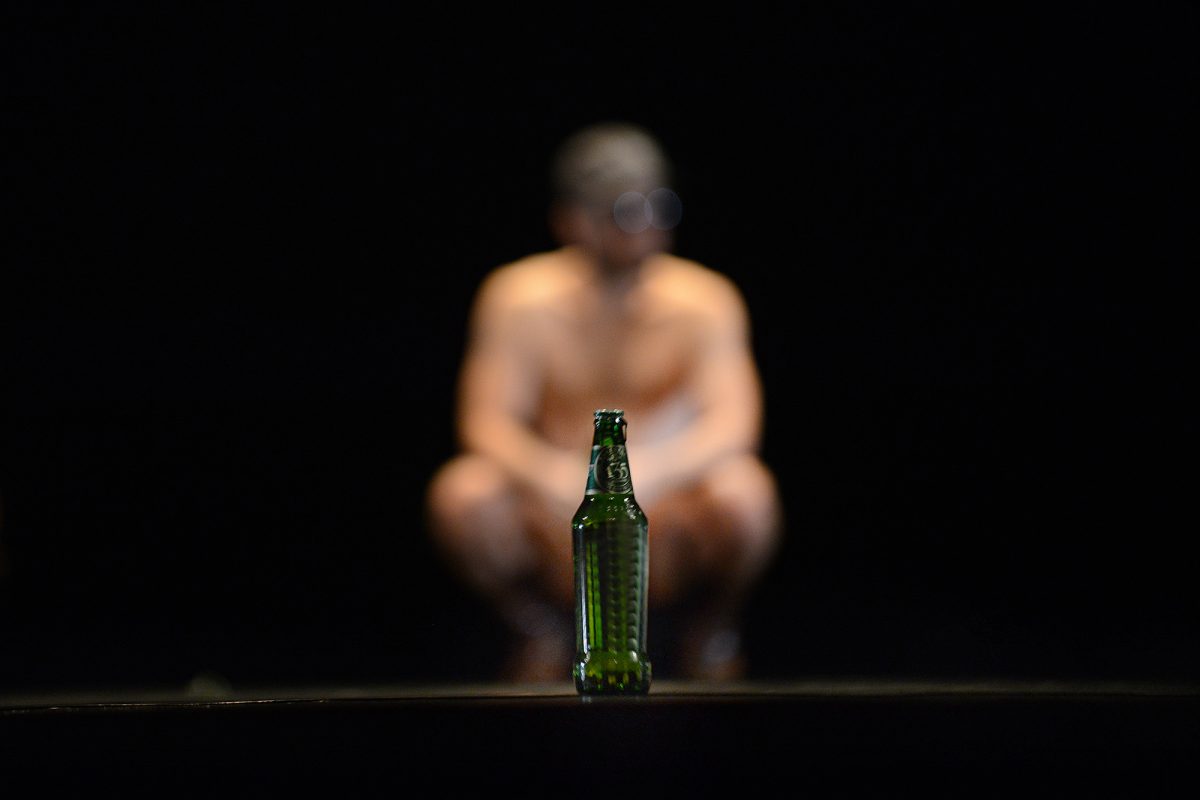 Layers of spilled beer and testosterone unite into a mixture of scents which lay in the basis of the performance ALL HELL IS BREAKING LOOSE, HONEY which will be presented on October 20 at 7:30 PM at Boris Hristov House of Culture.

The show will be only in English without translation.

Tickets via the Eventim network at the price of 10 BGN.

Four men with underwear and cowboys are throwing beer bottles on the dancefloor in a series of infantile situations in which they show an equal and common lack of interest towards everyday life and the real values in it. Eventually a singer goes on the stage and sings a couple of songs and the energy from the beginning flows also through his body.

The Canadian choreographer Frédérick Gravel deconstructs the image of North-American masculinity using using dance and just uncontrolled jumps at the stage, he also imitates short parts of different song before the silent audience. Gravel is a man without limits who throws his electric guitar towards a random wall on the stage, but he also quite clearly states some super important fact in the beginning like for example why is it so important to wash your beer mug carefully. Not without egocentrism and autoreference the show drifts away from conceptual art thanks to the sometimes blank and unimaginable parts. Frédérick proves the audience that the performance will not have any culmination and will get even worst until its end.